The Reasons about People Wearing Wigs

Do you know why wigs are getting more and more popular now? It is said that it can be traced back to ancient Egypt. They often wore wigs to protect their bald heads from getting sun damage. Wigs were quite popular with royalty. Wig wearing seemed to indicate social standing. In France, King Louis XIV made wigs the fashion accessory that everyone wanted to have.

Men and women wore wigs, though it was more popular for men to wear wigs than women. They wore wigs that were powdered. The powder was scented with a lovely orange or lavender so the wigs helped to make the wearer smell more pleasant, but the powder also changed the color of the wig. The wigs could become white, pinky, light purple or blue to give the wearer versatility. Powdered wigs fell out of favor as they were very messy and not convenient to wear everyday. 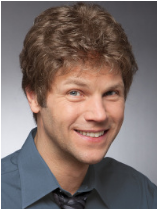 The size of the wigs became smaller in the 18th century. They were considered to be part of formal dress attire. Today, judges and lawyers in England still wear wigs as part of their traditional court clothing. There are ceremonial wigs that are larger than the everyday style of wig worn in court.

Today wigs are not looked at as a necessary part of your social standing. Most people wear wigs to cover a bald spot of thinning hair. Men can wear complete wigs or partial wigs as a way to cover their bald heads. Women who suffer from thinning hair or an illness such as Alopecia will turn to wigs. Men and women who are undergoing chemotherapy will get a wig to help them through their period of hair loss.

Though no one wants to lose their hair and be bald, women find it much more difficult to live with a balding head. Society to some extent dictates what is considered beautiful, and women need to have hair. Therefore, a woman who loses her hair as a result of a medical condition will not feel beautiful. Wearing a wig is a way for the woman to feel better about herself. That is why men wear toupees. Although it is much more acceptable for a man to have thinning hair, wearing a hairpiece can make a man feel better about him too. 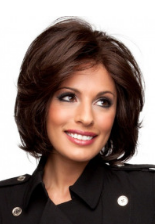 Then there are women who like to wear wigs simply because their own hair is too hard to style. It is much easier to pull on a wig every morning and have your hair look fabulous in minutes than spending an hour of fussing and having your hair not look that great after all of the effort.

There are other reasons that people wear wigs too. Some religions require that women wear a wig as a way of showing modesty. This is a popular belief in the Jewish Orthodox religion. Wigs are commonly used by actors on stage and in films as a way of transforming the actor into their character.

So, do you  want to have a wig and change your everyday  look? You can wear it to see your friends or appear in any occasion, but they will not know your hair is wig. It is an amazing moment, right? We highly recommend this website: http://www.wigsis.com/. Hope you have a wonderful shopping experience.