Some Information About Ponytail

Here are brief descriptions of some of the types of ponytails you can create, depending on where the base is located:

In the High Ponytail, the base of the ponytail is at the top of the crown of the head.
The Hairline Ponytail style is created by brushing the hair forward with the base of the pony at the front of the hairline. To do this, depending on how long your hair is, you may need to bend at the waist to direct the hair up to the front of the head.
The Half Ponytail involves pulling the hair on either side of your face into a ponytail.
The Back of the Head ponytail is created by brushing the hair back from your face and nape and tying it in the middle of the back of the head.
In a Nape of the Neck ponytail, the hair is brushed back from your face and the tail is tied at the nape of your neck.
Stacked ponytails are a series of small tails from the hairline to the nape. 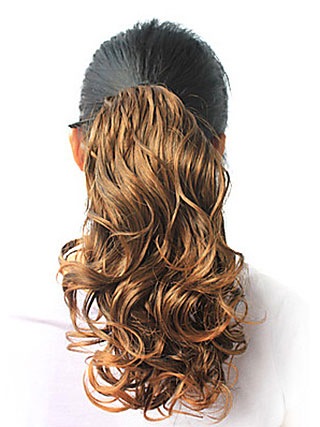 There are also many options for slightly varying the ponytail to make it look more interesting. For example, you can take a small section of hair and use it to hide the band you're using by wrapping the hair around the base of the ponytail. You can also use a tail comb to pull a few pieces of hair from the base of the pony for a light fringe around your face, or curl the tail of the pony into multiple curls with hot rollers or a curling iron. You can also play with various hair accessories from the basic elastic band to metal barrettes and even ribbons, or loop the tail of your pony through the opening of a baseball cap. 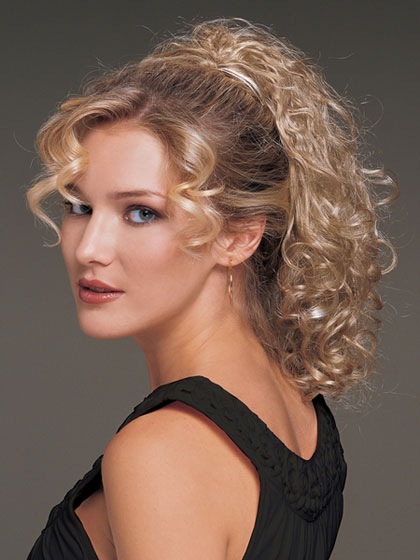